This exhibition contains work that is explicit. Parental discretion is advised.

Target Gallery, the contemporary exhibition space for the Torpedo Factory Art Center, presents work by three women who use the female body to explore issues of equity, power, politics, and memory in A (Mis)Perceived Physique: Bodyscapes by Three Women Artists.

Artists Allana Clarke, Lauren Kalman, and Carolina Mayorga implement the body in desperate ways and contribute to a common narrative about body imagery—past and present. These women assert their own agency and address body politics as another construct of power, both internally and externally driven.

The trio was brought together by D.C.-based curator Kayleigh Bryant-Greenwell, who organized the exhibition as part of Target Gallery’s second annual Open Call for Curatorial Proposals competition.

“History surrounds the viewer in this exhibition, as the past is made present and the present reflects the woes of the past,” said Bryant-Greenwell. “How far have body politics come since the height of the odalisque? What is the new role of the female body in art? These women do not offer concrete answers, but enlist the past to enflame the zeitgeist toward inclusive and critical exploration.”

Clarke’s eerie photography series Then and Now Seem to Shift Inside Me, and I Wonder How do you Imagine We Can Live Together in the Future sees the image of a black female body disappearing into the ocean. Her work acknowledges a failed social system, but also speak to an art-historical context that has used bodies like hers for the inclination of the male gaze, as well as male-dominated practicum.  Visitor are challenged to think and look beyond the art gallery itself, and into current events to consider the discourse around body imagery and rights for black women.

Kalman’s video work highlights the uncomfortable connection of body image, class, and style in relation to dominance, corruption, and identity. Her videos feature strange nude figures balancing oversized objects, affecting their movements, suggesting an unbalanced relationship between adornment and the female body. By highlighting the conflict of ornamentation and identity, she provokes the viewer to consider societal obsession with both.

Mayorga’s photographic series references art-historical images of the Madonna. She turns commentary of the male obsession with the restrictive moral expectations and behaviors of women toward issues of consumerism, gentrification, and class. By using her own face as the Madonna’s, she courts deeper engagement with viewers.

Bryant-Greenwell’s exhibition was selected as part of the 2016 Open Call for Curatorial Proposals competition by Virginia Treanor, associate curator at the National Museum of Women in the Arts.

“This exhibition provides a space for curators to present ideas to us that generate cross-cultural dialogue,” said Leslie Mounaime, Target Gallery director. “Kayleigh’s brought together work that reflects the ongoing debates and struggles to control women’s bodies. We are looking forward to the opportunity to present this exhibition in Target Gallery.”

About the Artists
Allana Clarke is a conceptual artist working in video, sculpture, installation, and performance. She has completed residencies at the Skowhegan School of Painting & Sculpture, Madison, Maine; The Vermont Studio Center in Johnson, Vermont; and the Ordinary Projects in Chicago. At Maryland Institute College of Art, Clarke was the recipient of the Toby Devan Lewis Fellowship, Skowhegan School of Painting and Sculpture matching fellowship and the Peter W. Brooke Fellowship. She also was awarded the Vermont Studio Civil Society Fellowship. She holds a master’s of fine art from the Mount Royal School of Art at MICA and lives and works in New York and New Jersey.

Lauren Kalman is a visual artist based in Detroit, whose practice is invested in contemporary craft, video, photography, and performance. Her work has been on view at the Renwick Gallery, Museum of Contemporary Craft, Contemporary Arts Museum Houston, Museum of Fine Arts Boston, and the deCordova Museum. She has work is in private and museum collections, including the Museum of Fine Arts Boston and the Renwick Gallery, and has been featured in the publications Hand + Made: The Performative Impulse in Contemporary Craft as well as 40 Under 40: Craft Futures. She holds a master’s of fine art from the Ohio State University and participated in residencies at the Corporation of Yaddo, Virginia Center for Creative Arts, and Santa Fe Art Institute. In addition, she has received grants from Ludwig Vogelstein Foundation, Puffin Foundation West, and ISE Cultural Foundation. She has taught courses at Brown University and the Rhode Island School of Design and is currently an assistant professor at Wayne State University in Detroit.

Carolina Mayorga has received awards in Colombia and the United States. Her work is represented in private and public collections including the Art Museum of the Americas and the National Museum of Women in the Arts in Washington, D.C.; Andres Institute of Art in Brookline, New Hampshire; and Kronan Sculpture Park in Sweden. She participated in the Fifth Annual Sculpture Symposium of the Andres Institute, the Lulea Winter Biennial in Sweden, and the 4th International Sculpture Symposium in Sweden. Her work has been reviewed in publications in Colombia, Sweden, Spain, and the United States including in The Washington Post, Washington City Paper, Baltimore City Paper, Winston-Salem Journal, The Nashua Telegraph, The Union Leader, Norrländska Socialdemokraten, and Norrbottens-Kuriren.

About the Curator
Based in Washington, D.C., Kayleigh Bryant-Greenwell is a curator, writer, and arts advocate. She explores the intersection of women, arts, and social change through her role as public programs coordinator with the National Museum of Women in the Arts. She has curated shows in conjunction with Project 4 gallery, VisArts, and The D.C. Arts Center in the greater Washington, D.C. region, as well as Peephole Cinema in San Francisco and CUE Art Foundation in New York. She strives to advance the careers of local artists and also developed a professional development seminar as well as residency program for local emerging artists in the Greater D.C. metro area. An arts writer, her work has been featured in The Washington Times, Examiner.com, CBS, Brightest Young Things, and Plinth, among others. Bryant-Greenwell earned her bachelor’s in art history from the University of Maryland, College Park and her master’s in museum studies from the George Washington University. 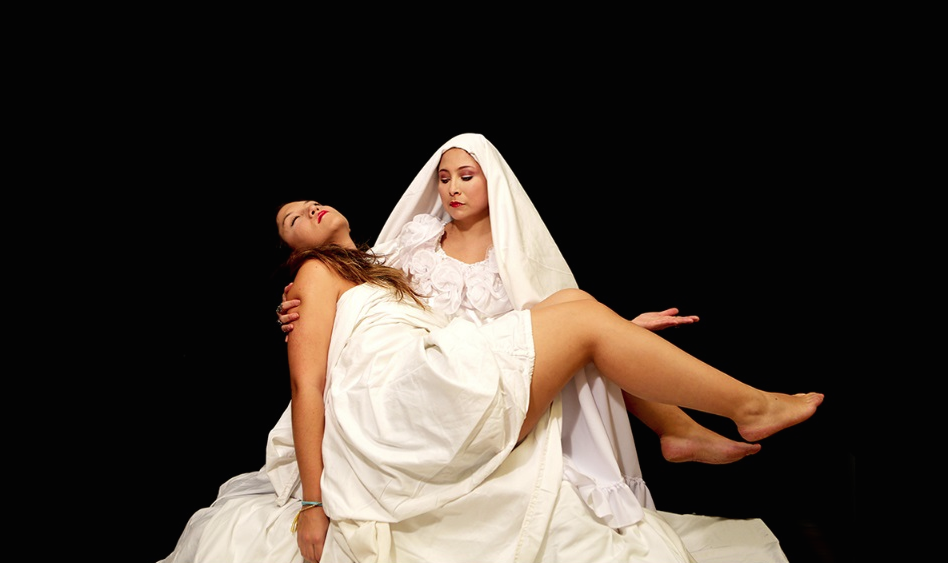