Julia Kwon: More Than A Body

Based in Woodbridge, Virginia, Kwon uses traditional Korean inspired textiles to create a dialogue on othering and objectification she experiences as a Korean-American woman. Her work touches on her minority identity and delves deeper into a broader commentary on the dehumanizing and reductive process of being categorized.

“I aim to capture the tension that arises from the divide between different social groups and the mindset of us versus them,” she said.

Kwon draws her main aesthetic inspiration from bojagi, a Korean practice of wrapping objects in cloth to protect good luck. Historically, it was a creative outlet for women in the Joseon Dynasty (1392–1910) who had limited contact with the outside world.

“I am directly drawing inspiration from bojagi and consider ideas such as tradition, craft, and ‘feminine’ work,” she said.

By utilizing this textile method, Kwon both honors her heritage while using it as a tool for disruption. Traditionally, common bojagi were made with patchwork cloths leftover from other projects. Kwon uses stereotypically “ethnic” textiles instead. This creates a subtle yet poignant commentary on orientalism and the perceived exoticness of Asian imagery. She calls attention to the viewers’ assumptions based on Kwon’s gender and identity.

Kwon uses these textiles as part of a larger sculptural work. She manipulates the fabric to suggest a female form trapped underneath. “Gender” is consumed and hidden by an artificially ethnic textile of “identity.”

Kwon was selected from more than 130 North American applicants as part of Target Gallery’s annual Open Call for a Solo Exhibition. The jury panel for this opportunity was: Sandy Guttman, a curatorial assistant at the Hirshhorn Museum and Sculpture; Michael Matason, Gallery Manager of DC Arts Center; and Terence Nicholson; a DC-based artist.

According to Guttman, “Kwon stages interventions in textile and sculpture, creating cross-cultural forms that implore the viewer to metaphorically look beneath the surface and question the very limitations of identity. She leaves us to ponder our own place within society and history. In Kwon’s patterns, we find form; in Kwon’s figures, perhaps we find ourselves.”

“This hybrid approach to her works breaks the boundary on viewers preconceived notions the artists identity and background,” said Matason. “Each piece and each piece of fabric should be carefully looked at, as Julia’s works speak to race, femininity and her experiences on what it means to be Korean.”

“The beauty of the pieces almost camouflages the poignancy of the message behind them. Her experience of being looked at as ‘other’ is a theme that I think will resonate with most viewers in some way,” said Nicholson.

Julia Kwon: More Than A Body runs Friday, June 14, through Sunday, August 4, 2019. The opening reception will be Friday, June 14, 7 – 9 pm, with Kwon’s comments at 8 pm. This reception is part of the Torpedo Factory Art Center’s Late Shift Event: Summer Party. Target Gallery is open daily from 10 – 6 pm and until 9 pm on Thursdays.

A native of Virginia, Julia Kwon creates traditional and hybrid Korean textiles through quilting and painting. Her work aims to challenge preexisting notions of what it means to be Korean and feminine as well as examine the complexities of constructing identity within the contemporary context of globalism and cultural hybridity. Kwon also explores community and personal relationship-building through collaborative projects such as communal quilting, one-on-one portrait drawing, and building a community that shares local artist talks.

She is an interdisciplinary artist currently based in New York City and the D.C. metropolitan area. She earned her Master of Fine Art at Tufts University’s School of the Museum of Fine Arts and her Bachelor of Arts at Georgetown University. She has had numerous solo exhibitions and won various awards such as the School of the Museum of Fine Arts/Tufts University’s Traveling Fellowship as well as the artist residency at Banff Centre for Arts and Creativity, Vermont Studio Center, Montgomery College, Gallery 263, and Textile Arts Center. ​Kwon is currently an Artist in Residence at NARS Foundation in Brooklyn.

Target Gallery is the contemporary exhibition space for the Torpedo Factory Art Center. We host eight exhibitions annually featuring a variety of themes, artists, and media focused on the latest trends in contemporary art. 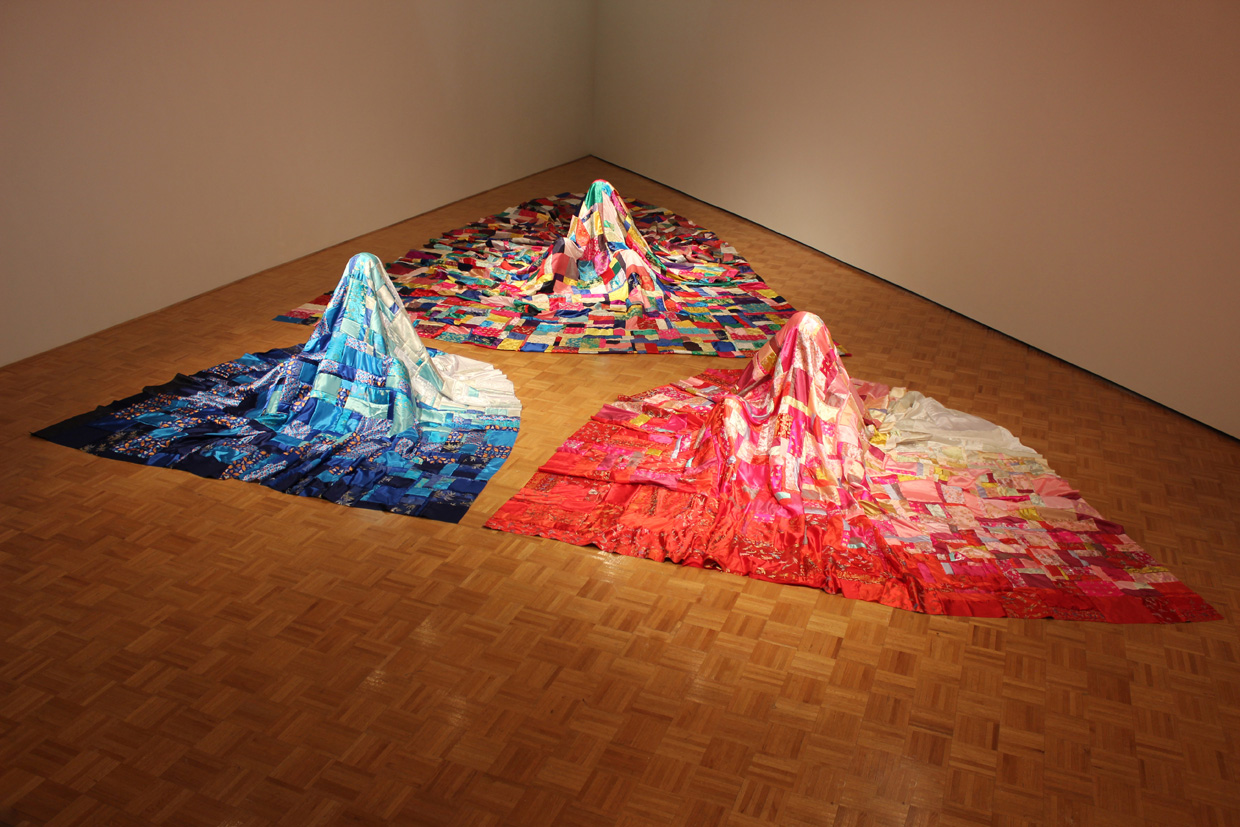