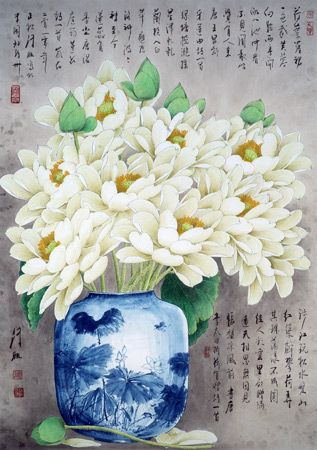 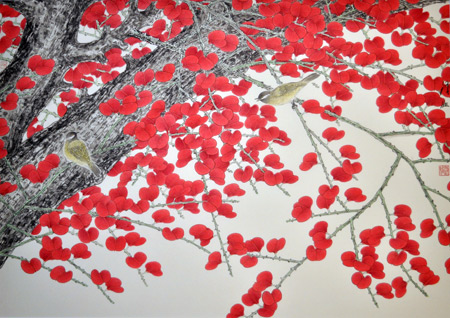 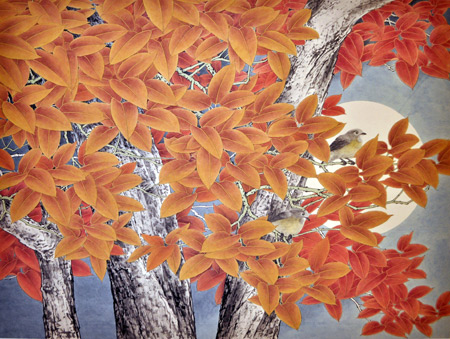 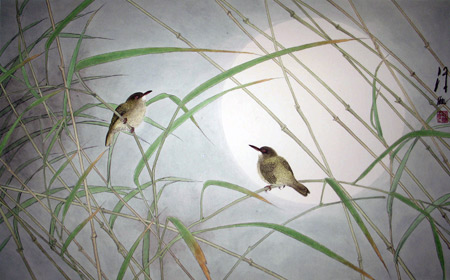 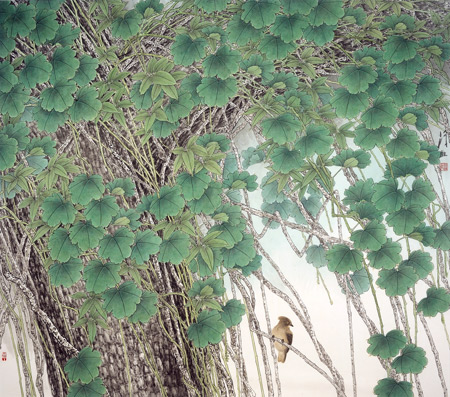 Liang Wei's paintings have won a number of awards presented by art schools and art societies. Most recently, he won the Outstanding Work and Honorable Mention awards at The First and Second Overseas Chinese Paintings & Calligraphy Exhibitions held in Beijing. He also won People’s Choice and First Place award at 2011 and 2007 Treasury of Art show respectively presented by Vienna Arts Society in Virginia. In addition, Liang Wei is an award winner of 2005 Artist of the Year by the Friends of the Torpedo Factory Art Center. Other recent awards include First Place in Watercolor for 2005 Best of Virginia Artists and Artisans by Kennedy Promotions, Best in Show by patrons of the 2005 'Taste for Art' gala and auction at Torpedo Factory Art Center, and Best in Show at the American Landscape Show by the Art league.