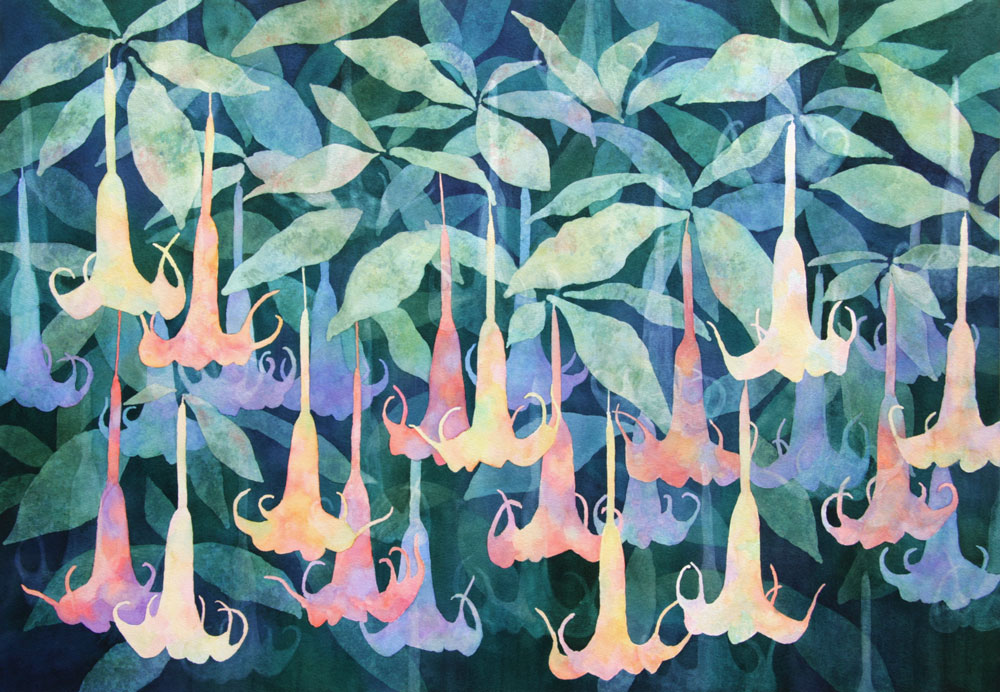 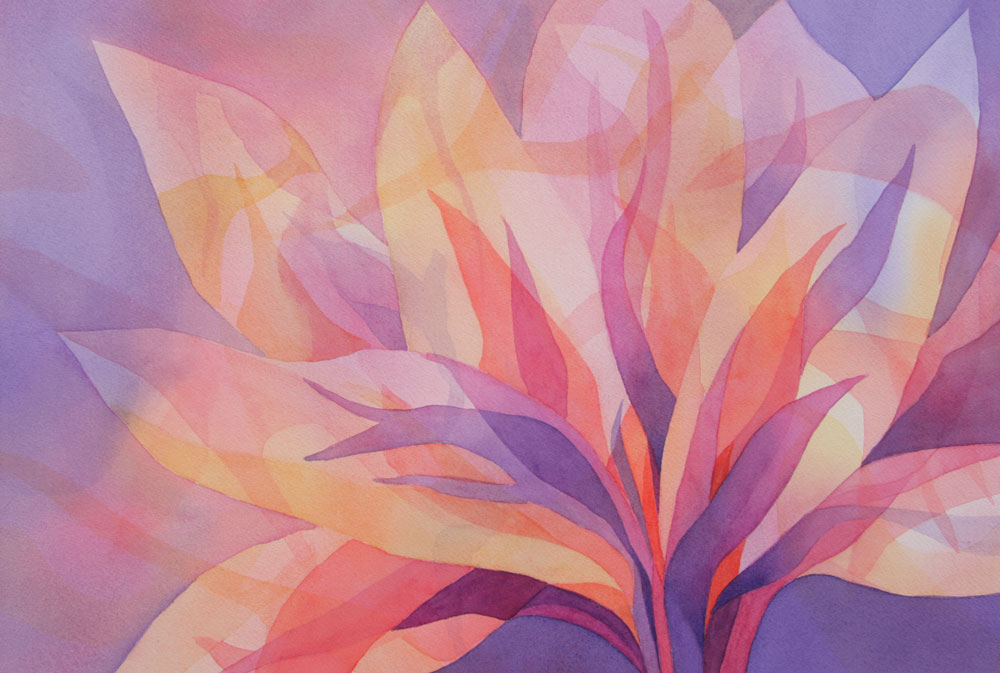 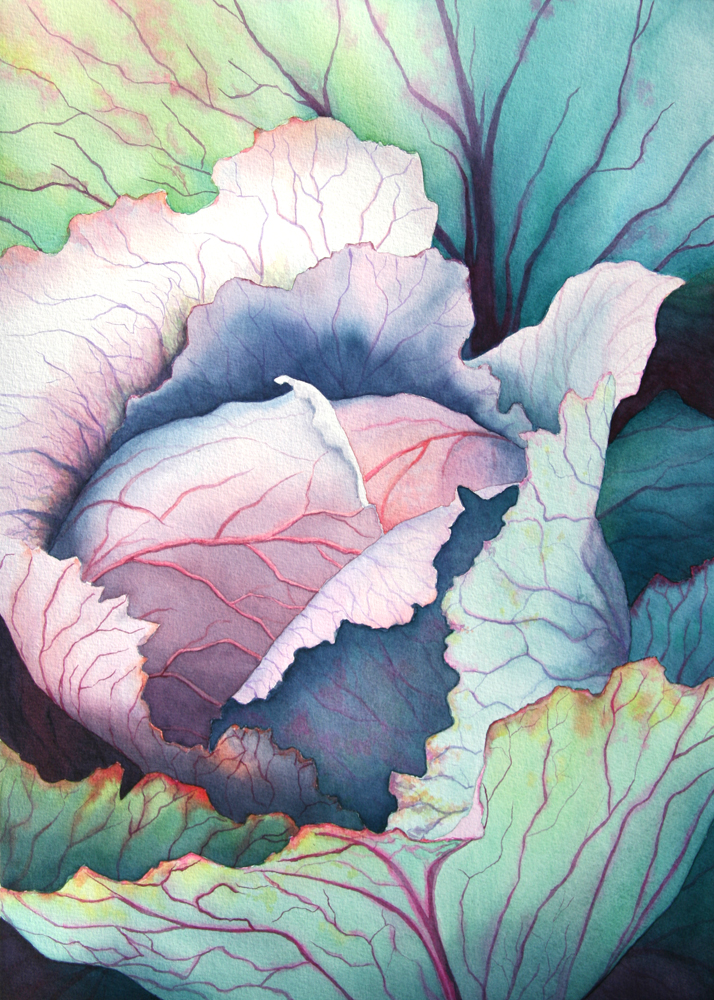 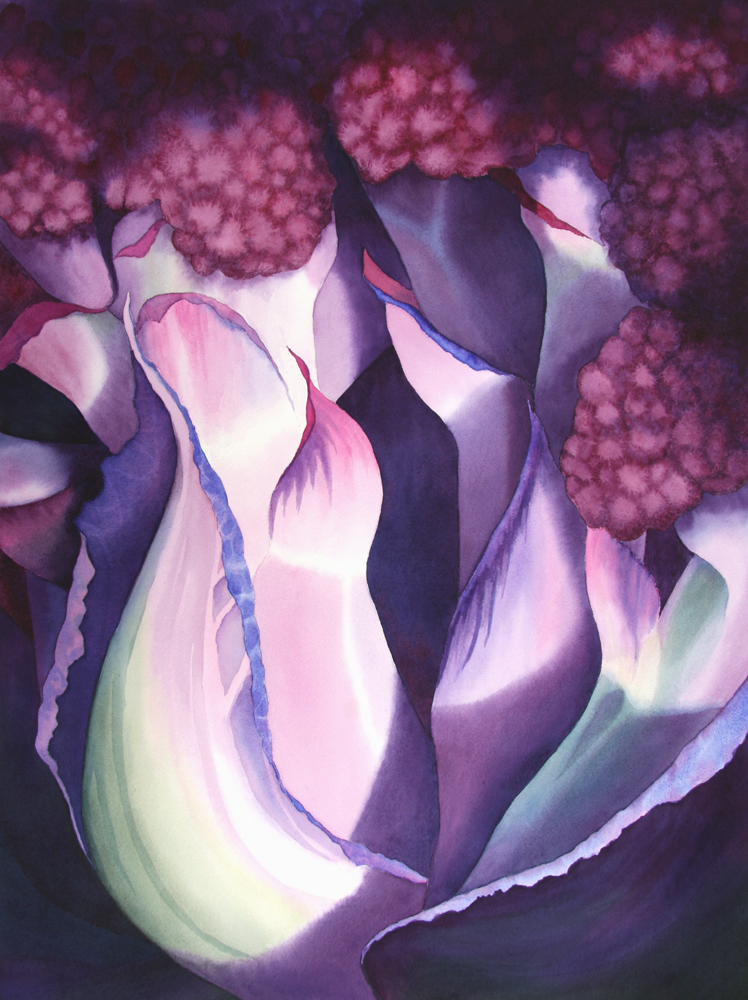 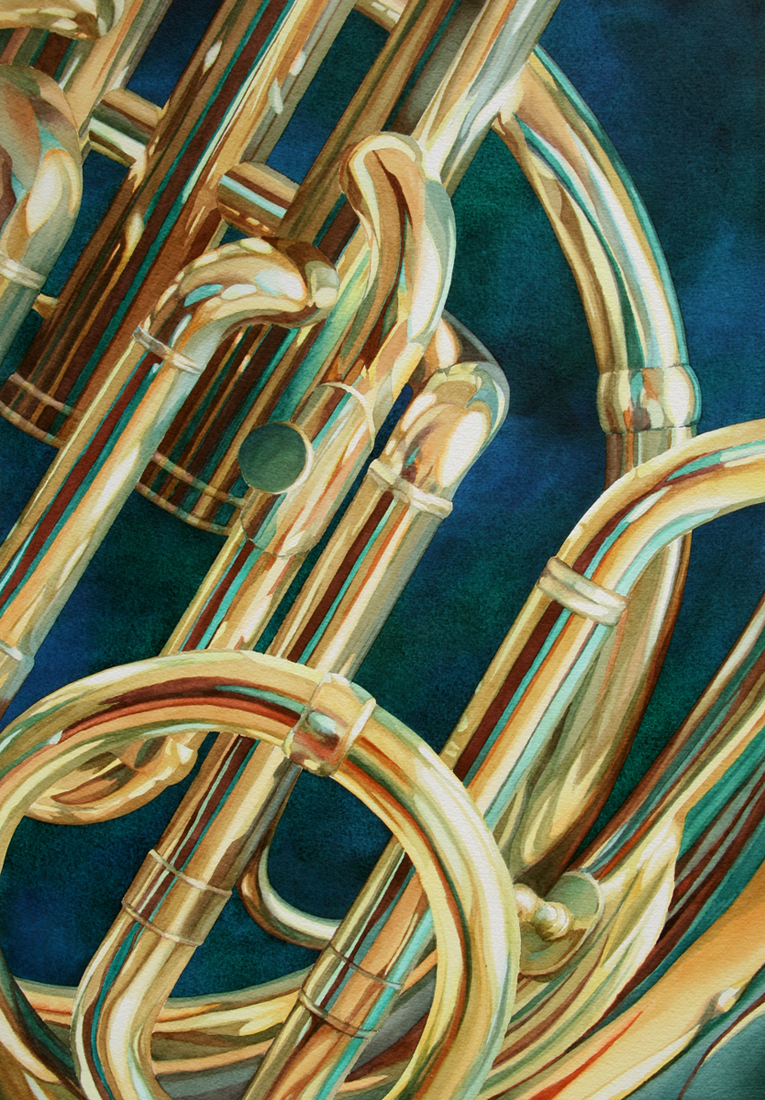 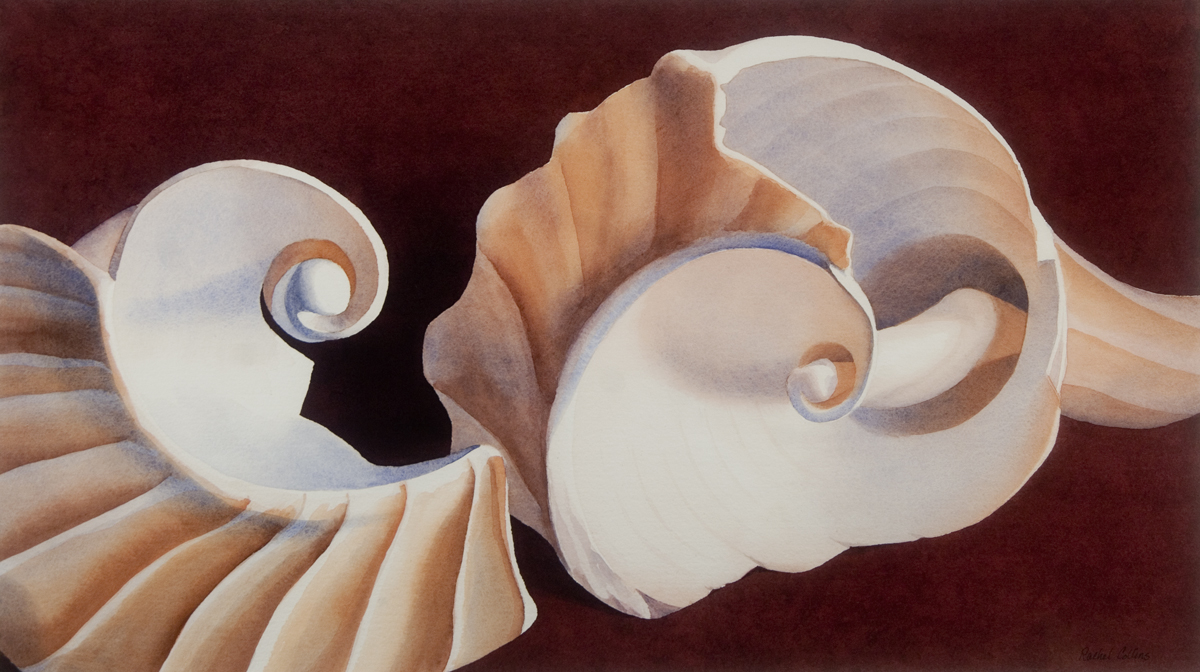 watercolor 16" x 28"
Read More
Rachel Collins considers herself primarily a representational painter of nature’s abstract form. She grew up in a home in New York State where her mother taught oil painting, design and composition, but did not pursue art on her own until many years later, after a first career serving as a librarian at the Baha’i World Centre in Haifa, Israel. Upon her return to the States in 1990, an interest in natural science illustration led her to an internship in the Department of Entomology at the Museum of Natural History. But eventually watercolor, originally taken up as a once-a-week pastime in Israel, became her primary medium. Her interest in natural science subjects has continued, but with a fine arts approach. Recently she has embarked on a series of paintings that bring together the close-focus viewpoint seen in her nature paintings with her strong interest in music. Her paintings have earned recognition and awards on the regional and national level, and are frequently included in nationally competitive watercolor exhibits.