An exhibit of functional artwork — including ceramics, glass, and fiber art — designed for the table. Juried by Kate Lydon, director of exhibitions at the Society for Contemporary Craft.

During her travels, artist Sally Davies observed people of different cultures doing what people of all cultures do: going about their daily lives. She watched and documented from unique perspectives and vantage points, photographing people under the dramatic evening shadows of the glass pyramid of the Louvre in Paris, or the long morning shadows off of the medieval Sforza Castle in Milan. Davies then went back into the studio and translated what she saw onto canvas. Coupled with hints of architecture and dramatic lighting and shadows, the collection “Global Views: Light & Shadow” came together – a series of paintings that demonstrate the common bond of humanity that we share around the globe, regardless of culture or place.

“Global Views” refers to both the high-up vantage point of the artist and viewer, and the many countries represented in this collection. “Aside from recognizable architectural clues for a specific place, the people in my paintings look and feel so familiar. They are doing ordinary things, like going to work, taking kids to school, cycling home, and meeting with friends. “Global Views” shows our planet as one whole place, a community. The image of a mother holding her child’s hand while crossing the street is universal. I want to show that bond of humanity throughout the world.”

When photographing and piecing together her images, Davies looks for a dynamic composition, interesting play of light and shadow, intriguing characters, and a suggestion of architectural details. She begins with an abstract under-painting on a blank canvas – swirls and patterns with lots of movement. In the final works, only a hint of the abstract under-painting remains visible. The result is a strong, uncluttered design – always from a bird’s eye view.

About the artist: Davies was born in England and immigrated to Canada as a young girl. She studied illustration and graphic design at Sheridan College in Canada and has illustrated magazines, cookbooks, menus, posters, textbooks, and many children’s books. Her illustrations are done with ink line and bright watercolor washes and are very different from her fine art paintings, which tend to be looser in style. Over the past 15 years, Davies has shifted her interest to exhibiting her fine art paintings in various galleries in the mid-Atlantic region. She’s a member of The Art League and a signature member of Baltimore Watercolor Society and the Potomac Valley Watercolorists.

The Art League’s annual Student/Faculty exhibit showcases the diversity of talent in our visual arts school. Hundreds of paintings, drawings, prints, ceramics, sculptures, and more fill the gallery, providing viewers a glimpse into the creativity that takes place throughout our many classrooms.

Image: Detail from Cocktail Bar, oil, by Allison O’Shea, in the 2017 Student/Faculty Show. Allison was a student in Patrick Kirwin’s class, Trompe L’oeil and Photorealism.

Painter Dennis Crayon uses scraps of old photos as starting points for his paintings and expands outward, using his imagination to fill in the story and objects outside the bounds of the snapshot. It may look as if the torn photograph is embedded on the surface of the painting, but it is not. Crayon is a skilled trompe-l’œil artist, and tricks the eye with his expert realism; perfectly capturing every delicate detail to make his paintings seem three-dimensional.

During an archeological dig near Pompeii in 1998, Crayon saw and became moved by the incredible remnants of Pompeian frescoes. Inspired what he saw in Pompeii, Crayon created this series of paintings to explore and think about the past. With a decidedly modern composition, Crayon uses fragments of old photographs to masterfully complete the lost story, making it whole again. Many of the photographs Crayon uses are family photographs from his childhood, which gives the piece an added sense of nostalgia. The snapshot is often in perfect focus while the background is faded, drawing parallels to memory. “Some memories are really sharp and in focus and others have faded. This gives each piece a sense of time, and reflects on the impermanence of life.”

Crayon notes that he embraces the classical traditions of realism tracing back to the Renaissance masters, and is especially inspired by Caravaggio and Vermeer. “By adding rich, vibrant colors to this traditional structure, I enhance my paintings’ emotional impact.”

Crayon holds a BFA in graphic design from SUNY Buffalo, and he studied classical painting at the School of the Museum of Fine Arts in Boston. Upon moving to Washington, DC, Crayon fully immersed himself in classical painting techniques and the trompe l’oeil style at Zoll Studio of Fine Art in Timonium, MD and at The Art League. His award-winning work has been exhibited throughout the country. Crayon is an active member in the Washington, DC artistic community and is a member of The Art League and the Arlington Artists Alliance.

In her solo exhibit “Sound of Butterfly,” which explores “understanding and interpreting memories of grief and loss,” Soomin Ham uses her experimental style of photography to guide the viewer through her mother’s life, depression, and death. Ham explains that her works revolves around “personal but universal subjects” and hopes that viewers will find reflections of their own personal history in her work.

In the only size-restricted exhibit at The Art League, artists must create work that is either very large or very small. The juror is UK-based painter Susan Ashworth.

Through a street art aesthetic, artist Michael Fischerkeller offers a commentary on today’s political, economic, and social issues. His stark yet elegant paintings span large canvases, the size and weight consistent with the gravity of the issues to which they speak. Using acrylic spray paint, a street artist’s medium, Fischerkeller boldly and symbolically relays his message, as the “street” is most often and most deprived of social justice. Fischerkeller’s timely exhibit, “The Art of Politics,” will be on display in The Art League Gallery September 7–October 2, 2016.

After a period of reading-based meditation followed by a purchase of street art, Fischerkeller, who holds a PhD in Political Science, discovered that visual art was the most effective means for him to communicate today’s complex social and humanitarian issues, and ultimately, the best way for him to motivate social change among a wide audience.

Fischerkeller is not interested in commenting on political personalities, but rather on issues. He seeks to capture and represent a shared social conscience through beauty, satire, and whimsy. By referencing humanist values such as integrity, humility, compassion, selflessness, and responsibility, he seeks to convey that issues including homelessness, climate change, and equality are relevant to all regardless of political affiliation.”

His works are full of symbolism, from his choice of medium, size of canvas, to each entity in his compositions. Imagery of the feminine from past-centuries fine art masters is appropriated and embedded into Fischerkeller’s work, eluding to the imbalance between the feminine and masculine in society which he believes is a root cause of many of the issues being faced today.

Fischerkeller holds a BA and M.Phil. from the University of Pittsburgh and a Ph.D. in Political Science from the Ohio State University. He is a self-taught artist, having developed his own technique through the use of digital image manipulation, stencils, and acrylic spray paint. Fischerkeller found his way into the visual arts just three years ago, and has already found wide spread success. His work has been shown throughout the United States in group and solo exhibitions. He’s currently a member of The Art League, the Torpedo Factory Artists Association, and the Washington Project for the Arts.

“Taking Shape,” juried by Ellen Durkan, blacksmith and adjunct professor at Delaware College of Art and Design, is an exhibit of sculptural and 3-D works, and artwork that explores the use of space.

About the artist: Kathleen Best Gillmann, a native of southern Maine, says she found her artist’s voice when she began painting waterscapes inspired by that area. Today, her paintings have expanded to include scenes from Virginia and elsewhere. Gillmann describes herself as “a contemporary realist with a deep love and sensitivity to color, light, and the natural world.” Whether painting in acrylic or oil, Gillmann’s works manage to capture the strange stillness of fog or the luminosity of a clear day, and her works are notable for the deep sense of wonder and calm they instill in the viewer.

For “Not a Box,” an exhibit of installation art, artists transform a dedicated space in the gallery. Brooklyn-based artist Alex Paik is the juror.

Looking forward to one of the great events at Torpedo Factory or perhaps you are just interested in discovering a highlight of Alexandria, Virginia. Whatever your reason find all the information you need to know to plan your next visit right here.

The Art League School offers classes and workshops for all skill levels, in virtually all of the fine arts, to students of all ages. Anyone can take classes at The Art League School. Each year, nearly 7,000 students enroll, filling over 10,000 seats in classes. Novices find a welcoming and supportive environment while more experienced students are challenged to learn new techniques.

Birds of a Feather 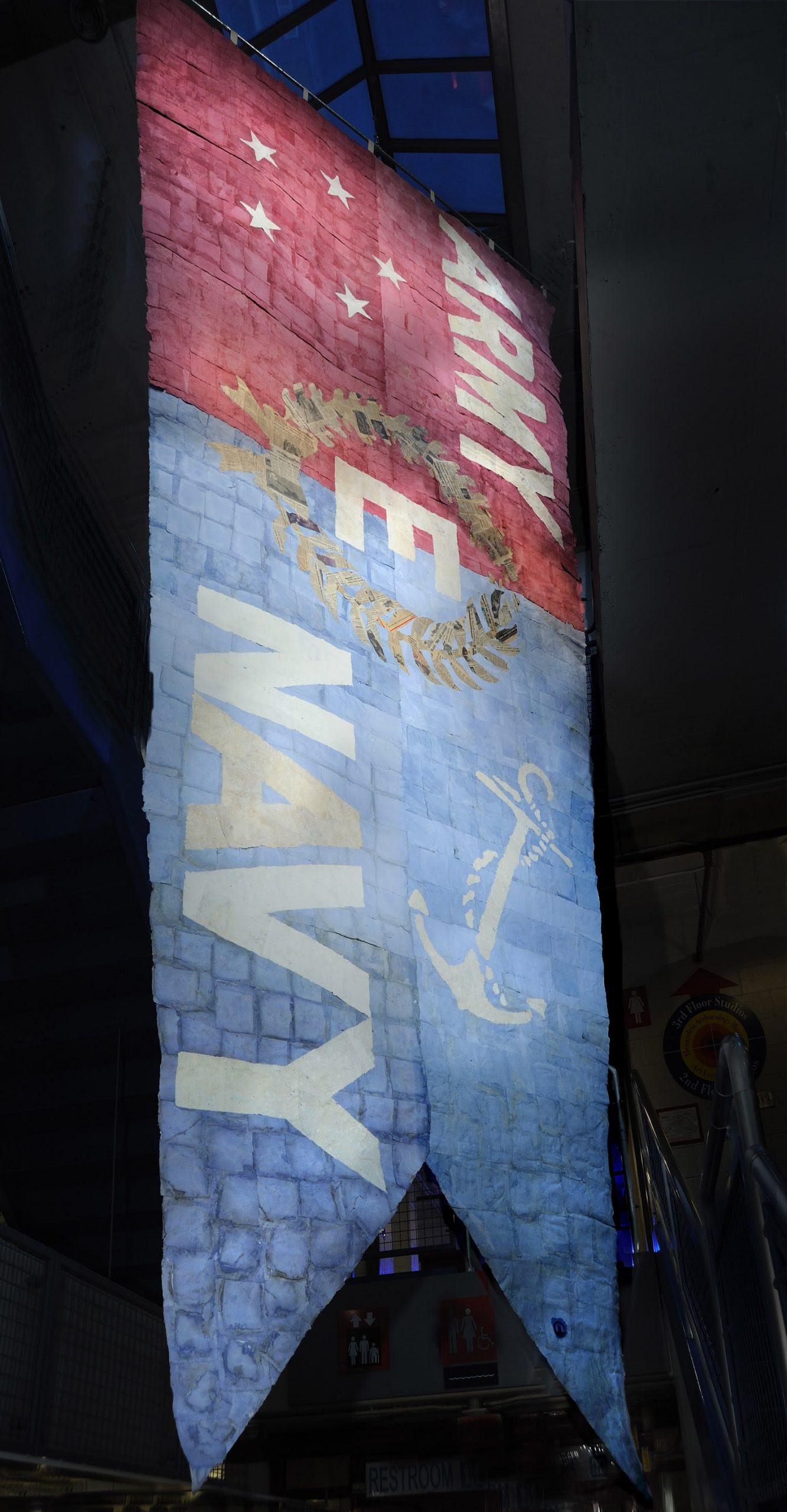 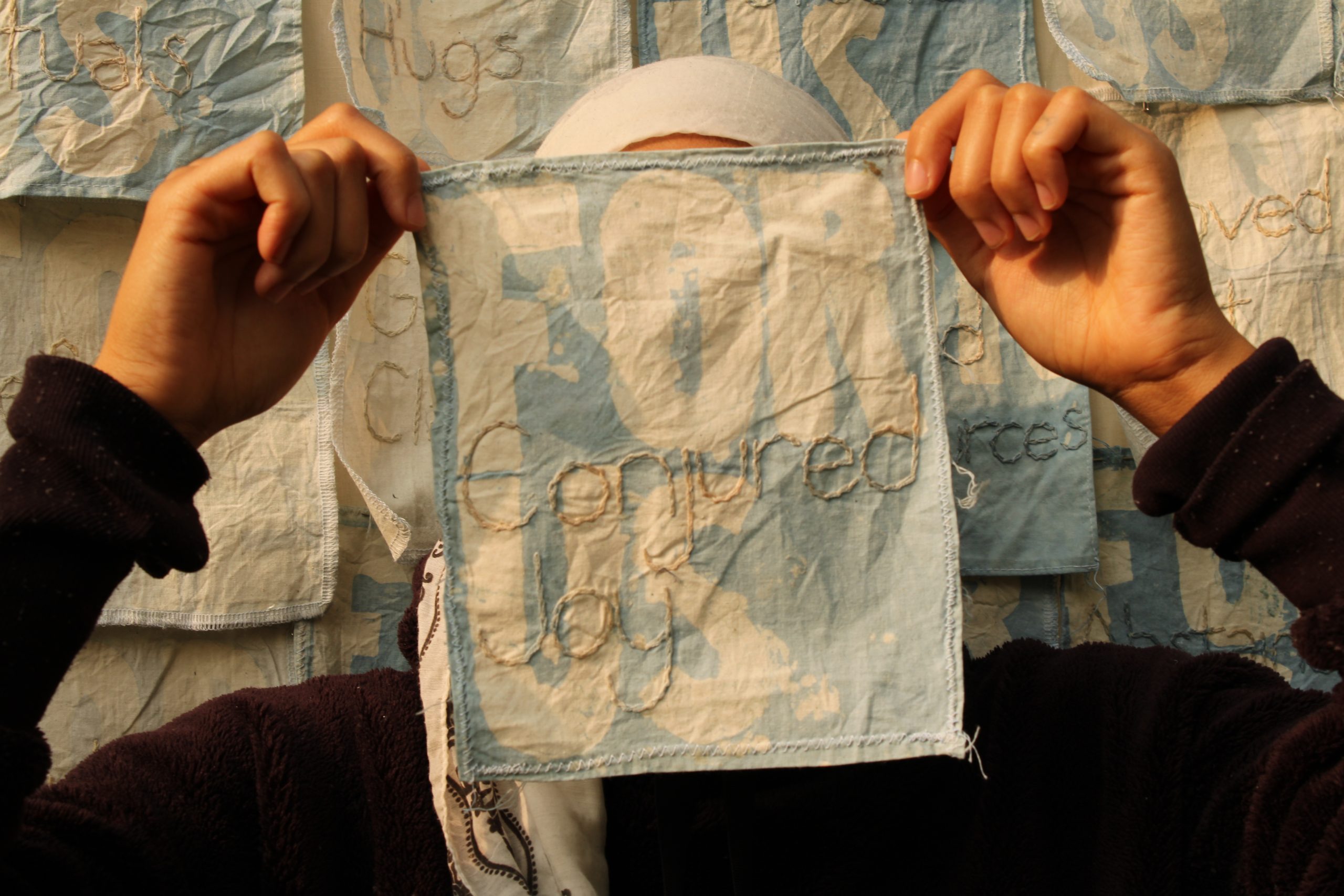 “We, Too, Sing America” by Ọmọlará Williams McCallister